ekinot
Johnny Yuma - A greedy woman kills her land-owning husband with the aid of her brother.

Story:
A greedy woman kills her land-owning husband with the aid of her brother. Since the husband's will leaves his land to his nephew, the woman and her brother hire a gunman to eliminate this nephew before he can claim his inheritance. The nephew, however, proves to be a resourceful fighter -- good both with his gun and with his fists -- and he manages not only to close in on his foes but also to form an alliance of sorts with the gunman who's been hired to kill him.

Reviews:
"After some difficulty, Johnny Yuma arrives at his ailing uncle's ranch to take over day to day operations, only to find out that the old man has been murdered by his beautiful gold-digger wife and the woman's vicious brother.

Good production values, a likable performance by Mark Damon, and a breezy action packed script combine to make this an entertaining, if not exceptionally deep, above average addition to the spaghetti western genre.

Co-star Rosalba Neri is one of the hottest European babes ever to grace the screen. Here she's absolutely perfect as the cold-hearted user (and abuser) of weak men.

Damon and Neri appeared together in at least one other picture, The Devil's Wedding Night, a pretty good horror movie that's of particular interest for those of you that want to see what's underneath Rosalba's dresses." Written by FightingWesterner via IMDb.com

"This wonderful little film has all of the elements that made the Spaghetti Western so exciting and fun: GREAT music (by one of the few..if not the only..female composer to work in the genre, Nora Orlandi), EXCITING action sequences (and very vicious ones for the day!), and BEAUTIFUL scenery and sets (all in Almeria, Spain, of course). It also has a very good story with a nice tragic romance edge to it. The actors do marvelous jobs--with truly standout performances from Lawrence Dobkin and Rosalba Neri (in the most vital role for a female in a Spaghetti Western..outside of Cardinale in Leone's "Once Upon a Time in the West"). Without posting any spoilers, let me just say that this movie contains one of the best endings of any film I have EVER seen!" Written by Chris_Casey via IMDb.com

"Spoiler for anyone who is lucky enough to ever see this film (so not really spoiler after all). Saw this film when it was released and can still remember parts of it. It's all set in a small town in the west or what is left of that town. It more resembles a ghost town with few inhabitants. Among them a couple, where the wife is especially wicked. She lets her man die in the end of the film and leaves the town but has to cross the desert. We never know what happens to her next but just before she left her dying man shoots after her and deliberately does not hit her and instead the water supply. She is not aware of that soon she will be very thirsty. Mark Damon kills a couple of bad guys in a funny manor - but that's another story, which I don't remember too good. The remaining impression of the film was that it was one of the first times I saw a really wicked woman on film, who pretends to be anything but wicked - can't be compared with the witch in 'Snowwhite', who, in comparison is easy to find out. Very tight western with few main characters and still absorbing." Written by karlericsson via IMDb.com 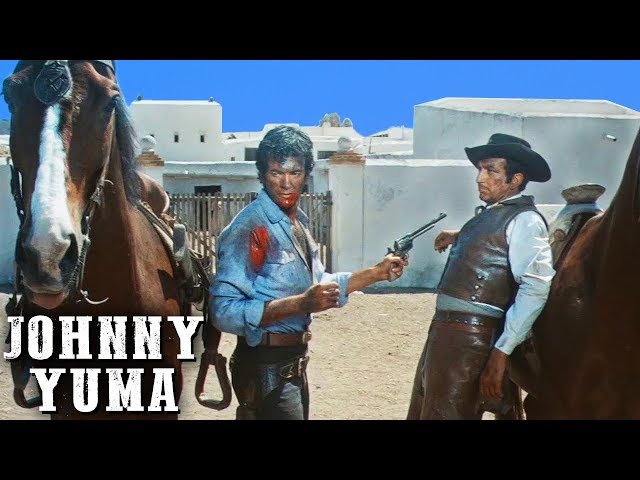