ekinot
I Want Him Dead - Clayton's sister is raped and murdered. Time for lethal revenge!

Reviews:
"There's a typical scene in LO VOGLIO MORTO (I WANT HIM DEAD) where Clayton (Craig Hill) who is stalking the men who raped and killed his sister stands on a hill and watches five horsemen riding in the distance. The shot is low to the ground, all we see are his legs and boots and the riders in the distance as they approach a villa. Cut to the five bandits riding one by one; I was reminded of the samurai running to the village in Kurosawa's SEVEN SAMURAI. Any spaghetti western which evokes this masterpiece is okay with me! Director Paolo Bianchini does a good job throughout; here and there may be a hole in the plot, but the style, music (by the great Nico Fidenco), and gritty performances by the actors carry this fine Eurowestern to another level. Any fan of the genre will be in ecstasy watching this one!" Written by heybhc on IMDb.com

"The first time i watched this film i was surprised @ how good it was. We spag western fans are always searching for the next "good one" and let me tell you, there are many "bad ones" to wade through in the process. I want him dead has been called gritty in every review i have ever read about it and it is. It is also a kick but revenge western with a kick butt Craig Hill performance. He has also done a few other spags worth mention. The dirty fifteen aka. fifteen scaffolds for the killers and no graves on boot hill by Sergio Garrone being @ the top of my list. I want him dead has great camera work and the score is superb. It fits the film like a glove. Jose Manuel Martin plays the antagonist and many other spag regulars will be spotted by any fan of the genre. I have the Franco Cleef version of the film. To my knowledge it is the best English language version available. Franco Cleef is the man!! Go Franco Go!!!!!! He puts together English language versions of rare spag westerns for English speaking fans that would have no other way to watch these fantastic films. Thanks Franco for everything you do." Written by mcleodb32 on IMDb.com 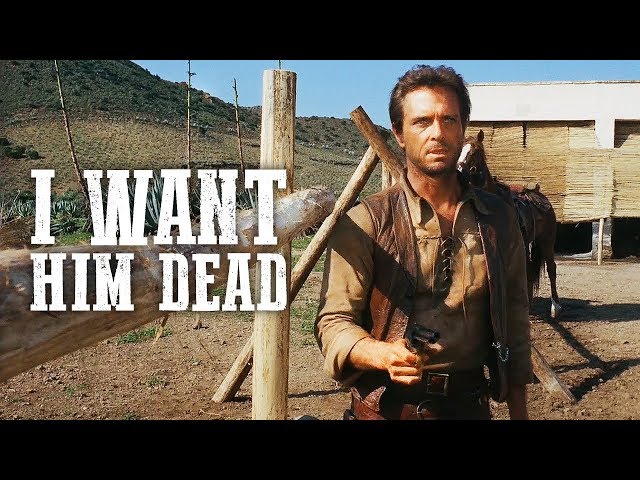